This list mentions the 11 richest musicians in the world

and you won’t believe how much money a musician can achieve.

I searched all over the internet few days for the richest musicians in the world and how they’ve gotten rich.

Not all musicians on the list got rich by music alone.

Most of them are also good businessmen.

To learn more about how they got rich, keep reading.

Here are the 11 richest musicians in the world:

According to Forbes, the famous American rapper and businessman has an estimated net worth of 1.4 billion dollars! a number that makes him the richest musician in the world for this time.

He is one of the best-selling musicians globally and has sold more than 50 million albums and 75 million singles.

He made most of the money from being a great businessman,

from founding a clothing line to real estate,

investing in a cannabis company,

and many more great Investments.

You read it right, one member of the Beatles has 1.28 billion dollars net worth which he earned through the music industry,

both solo and with The Beatles.

He understood the power of publishing rights.

For example, a festival pays him about half a million dollars to play Wonderful Christmastime every year.

A big part of McCartney’s success is the consistency in his carrier, decades of songwriting, and tours.

Andrew is a British composer and musical theatre impresario, and he has composed more than 20 musicals.

His shows have been performed in 148 countries around the world.

He made the second highest-grossing entertainment property in history, “The Phantom of the Opera” (a musical),

which has made over $6 billion worldwide,

which even outperformed every movie ever made.

Herb Alpert is an American music industry executive and has sold more than 75 million albums worldwide.

Alpert had founded a record label (A&M records) which has grown into the largest independent record company in the world. Later on, it sold for $500 million.

He is regarded as one of the most successful artists because of his vocal and trumpet abilities.

Besides his very successful rap career,

He agreed to promote the popular vodka known as Ciroc in return for 50% profit. Later on, the company has grown from selling 50,000 cases per year to 2 million per year.

Also, he is a partner in the company Aduahydrate, one of the biggest bottled water companies in the world, worth $2 billion.

The rapper Dr.Dre has an estimated net worth of $800 million.

He founded Beats Electronics, which makes the headphones that you see on every second person.

Later on, Apple bought the company in 2014 for $3 billion, but Dr.Dre still has a twenty percent stake.

Madonna made most of the money from her successful music career and acting career,

but she also benefited from entrepreneurship.

She got no less than 16 Guinness World Records,

including Best-Selling Female Recording Artist of all Time

Madonna is also the highest-grossing solo touring artist, with over $1.4 billion earned from her 11 concert tours throughout her career.

She also founded a fitness center company and released her fragrance, called Truth or Dare by Madonna.

Emilio Estefan is a Cuban-American musician and producer,

He developed talented artists who became famous in the music world in his career,

including his wife Gloria Estefan, Jennifer Lopez, Shakira, and more.

He also has written a best-selling book called “The Rhythm of Success – How an Immigrant Produced his own American Dream.”

With his wife, he runs many business establishments such as casinos, hotels, and restaurants.

His fortune is made from successful music tours and album sales, he has sold more than 250 million records.

With his concert residency, The Million Dollar Piano, he has earned around $0.5 million for just a single show.

His art collection is worth more than $200 million.

And he has also invested in real estate properties in London, Nice, Venice, Los Angeles, and Atlanta.

Coldplay is a rock band founded by the lead vocalist Chris Martin and the lead guitarist Jonny Buckland.

Later on, Guy Berryman, the bassist, and Will Champion, the drummer, were joined.

Their money success comes from the millions of albums that they have been selling (over 100 million albums worldwide),

and from their great tours, for example, their head full of dream album tour has reached more than $200 mіllіоn.

Most of his fortune comes from his music careers as a record producer, songwriting, and singing.

He has also been involved in businesses like restaurants, casinos, hotels, and bars.

Those musicians have a huge fortune.

To read more about best guitarist of all time. 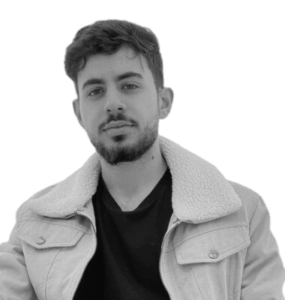 Hey there! I'm Bear, and I love playing the piano. In fact, I've been playing for about 15 years now. Not too long ago, I also started a music production career. It's been a lot of fun so far!

I love sharing my learning experiences and writing about music. It's one of my favorite things to do. I hope you enjoy reading my stuff!